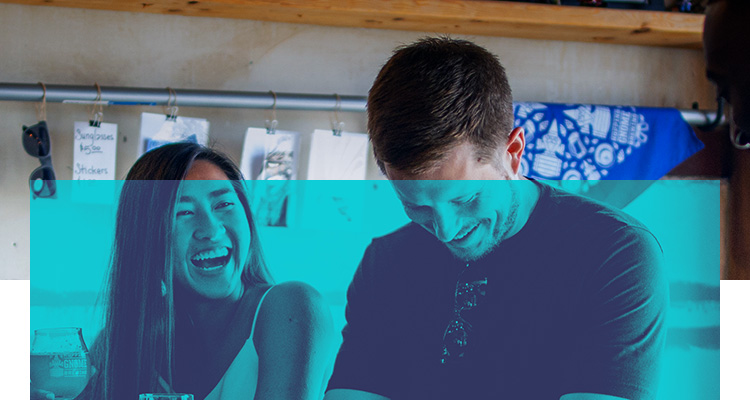 50 Reasons Why Wichita is #RelentlesslyOriginal

Wichita turned 150 years young during the summer of 2020. It’s seen a lot in the last century and a half, but one thing remains the same – Wichitans are tenacious, determined and innovative. In honor of the city’s sesquicentennial, here’s a list of 50 reasons why this is the #RelentlesslyOriginal place to work, live and play.

1. SmartAsset named Wichita one of the best cities in the nation for new college grads.

2. Looking at data from the last 10 years, Wichita is #1 for job growth according to the Brookings Institute.

3. Wichita is the #2 city for lowest start-up costs in the nation, according to SmartAsset.

4. The top two largest privately-held companies in the U.S., Cargill and Koch Industries, have headquarters here.

5. It's the #1 manufacturing metro in the United States, according to the Brookings Institute.

6. Thrillist deemed Wichita one of the coolest cities in America.

7. With an average of more than 237 sunny days per year, a brighter day is never far away.

8. This area is one of the best housing markets for Generation Z by Realtor.com.

9. When you live in the Wichita region, you can live how and where you want: with wide open spaces, in a peaceful neighborhood or in the middle of it all – all while being within 30 minutes of the urban core.

10. Wichita was ranked in the top 10 happiest American cities in 2018 by Zippia.

11. According to a study done by SmartAsset, Wichita is a top 10 city in the country for best work-life balance.

12. Local hospital Ascension Via Christi St. Francis is ranked in the top 5% best hospitals in the nation, according to Healthgrades.

13. There are more than 100 murals throughout the city, with more than 60 in the Douglas Design District alone.

14. The Sedgwick County Zoo is one of the top ten largest zoos in the nation, home to nearly 400 species and 3,000 individual animals. Its elephant area is the second-best zoo exhibit and third-largest elephant habitat in the country.

16. A ring of fire ignites every night around the Keeper of the Plains, an experience you can’t have anywhere else in the world.

17. Riverside Park has a mini zoo featuring over 25 species.

18. Wichita is the #1 unique art town in the U.S. as reported in a blog by CubeSmart.

19. A local radio host and sports enthusiast founded League 42, a baseball league with a flat fee per family rather than per player, making the sport affordable for all who wish to play.

20. The largest acrylic mural in the world by a single artist is in Wichita on a grain elevator.

21. The Pop-Up Urban Park was a temporary park in downtown Wichita that transformed an underutilized eyesore into a vibrant public space with space for food trucks, a ping pong table and events. It's now being reimagined into something new!

22. Revolutsia offers an above average experience – it’s restaurants and shops are inside stacked shipping containers.

23. The Wichita Art Museum has more than 10,000 pieces in its collection, including 13 sculptures in the outdoor Art Garden.

24. The annual Wichita-founded "stubbornly independent" Tallgrass Film Festival has been ranked as one of the top 25 coolest film festivals in the world, attracting international film makers, directors and aficionados.

25. Wichita Riverfest is the largest and longest running community event in the state, drawing nearly half a million people along the river for concerts, food, contests and fireworks.

27. Open Streets ICT annually shuts down a significant portion of a main street in downtown, encouraging Wichitans to be active, support local organizations and build community pride – all free of charge.

28. Local microcinema mamafilm showcases films from all over the world with a focus on nurturers and love to encourage productive dialogue and community building.

29. The Advanced Learning Library, recently built in downtown Wichita, was selected as an honorable mention for Library Journal’s “New Landmark Libraries” for excellence in areas such as sustainability and innovation.

30. While the original 44-foot Keeper of the Plains sculpture by artist Blackbear Bosin stands at the confluence of the Big and Little Arkansas Rivers, there are more than 30 10-foot “Keepers on Parade” throughout the city that have been transformed by local artists.

31. Five local artists are working on inter-sensory art experiences to be placed in Gallery Alley, making a conscious effort to serve individuals who are blind, visually impaired and for those with intellectual and developmental disabilities.

32. The Museum of World Treasures is home to Ivan, one of the most complete T-rex sculptures in the world.

33. Arthur Gunn was the runner-up in the 2020 season of American Idol – a native of Nepal who has called Wichita home for the last several years.

34. According to Wanderu, Wichita is the least expensive drinking city in the U.S.

35. Local brewery Central Standard Brewing has received two gold medals at the Great American Beer Festival, one of the industry’s most respected contests.

36. There are two Wichita-based eateries on Yelp’s top 100 women-owned businesses in the country: Gabby’s Peruvian Restaurant and Doo-Dah Diner.

37. There’s a restaurant, Stearman Field Bar and Grill, just outside of Wichita where you can watch general aviation aircraft take off and land.

39. Wichita chef and owner of The Kitchen Natasha Gandhi-Rue, AKA the “Wizard of Wichita,” won an episode of Guy Fieri’s “Guy’s Grocery Games”.

41. Yokohama has been distinguished by both Food Network and USA Today as one of the country’s best ramen restaurants.

42. Local Roasters created a historically accurate representation of Harvey House coffee that was brewed in the country’s first restaurant chain in the 1800s. The roast is only sold at the Grand Canyon.

43. Hattie McDaniel, the first African American to win an Oscar, was born in Wichita in 1893.

44. Iconic brands such as Pizza Hut, Koch Industries, Cessna, Beechcraft, Coleman, Freddy’s and White Castle were all founded in Wichita.

45. Aquafina bottled water was first market tested in Wichita in 1994.

46. Wichita has been named an All-American City by the National Civic League 5 times – only one of 11 cities in the country to do so.

47. The first successful student-led sit-in in the country, known as the Dockum Sit-In, was held here.

49. Wichita is home to Doc, a Boeing B-29 Superfortress meant to be used as a bomber during WWII. It’s one of only two B-29s in the world that has been restored to fly.

50. Few cities are as passionate about its flag than Wichita – you’ll see it proudly waving across the region. The Wichita flag is in the top 10 best city flags in the country based on a survey by the North American Vexillological Association. 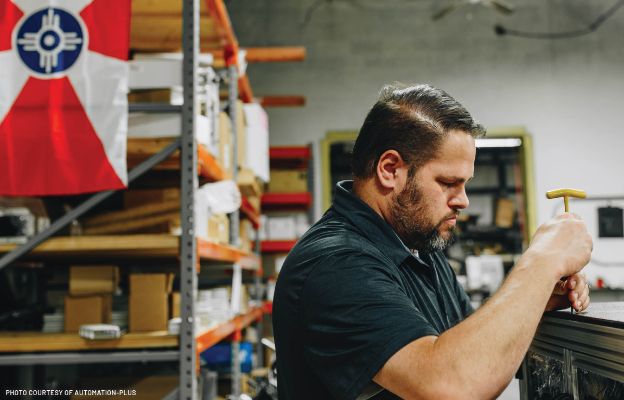 A QUICK PIVOT: JOINING IN THE FIGHT AGAINST A PANDEMIC

A lot can happen in three days. You could travel to the moon, watch this video more than 4,000 times or attempt to eat one of everything off of Doo Dah Diner’s menu. Local company Automation-Plus managed to complete a vital task in only three days: its team developed a crucial component of COVID-19 testing kits.

Read the Next Blog